​Enrollment        Academics        Financials        Facilities
Enrollment
Declining enrollment
Enrollment is the “engine” that drives our funding from the state. Declining enrollment over many years, as shown in the chart below, was a major contributing factor to the spending cuts the district has implemented to balance our budget next year and going forward.

The current building boom in Newark was preceded by 15 years during which only four homes were built here. As the population matured, our enrollment declined dramatically. Over this same period, fixed costs such as utilities and plant maintenance remained constant or increased. Thankfully, with new housing coming to Newark, our enrollment picture looks more stable. See our recent demographic study for more information. 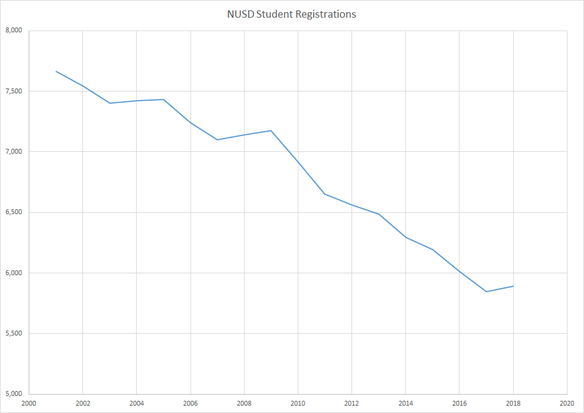 Newark is expanding, construction is on-going and new developments are on the way.
Newark Community Development Pages